How to… shoot in 20 foot waves - Eyeforce

How to… shoot in 20 foot waves 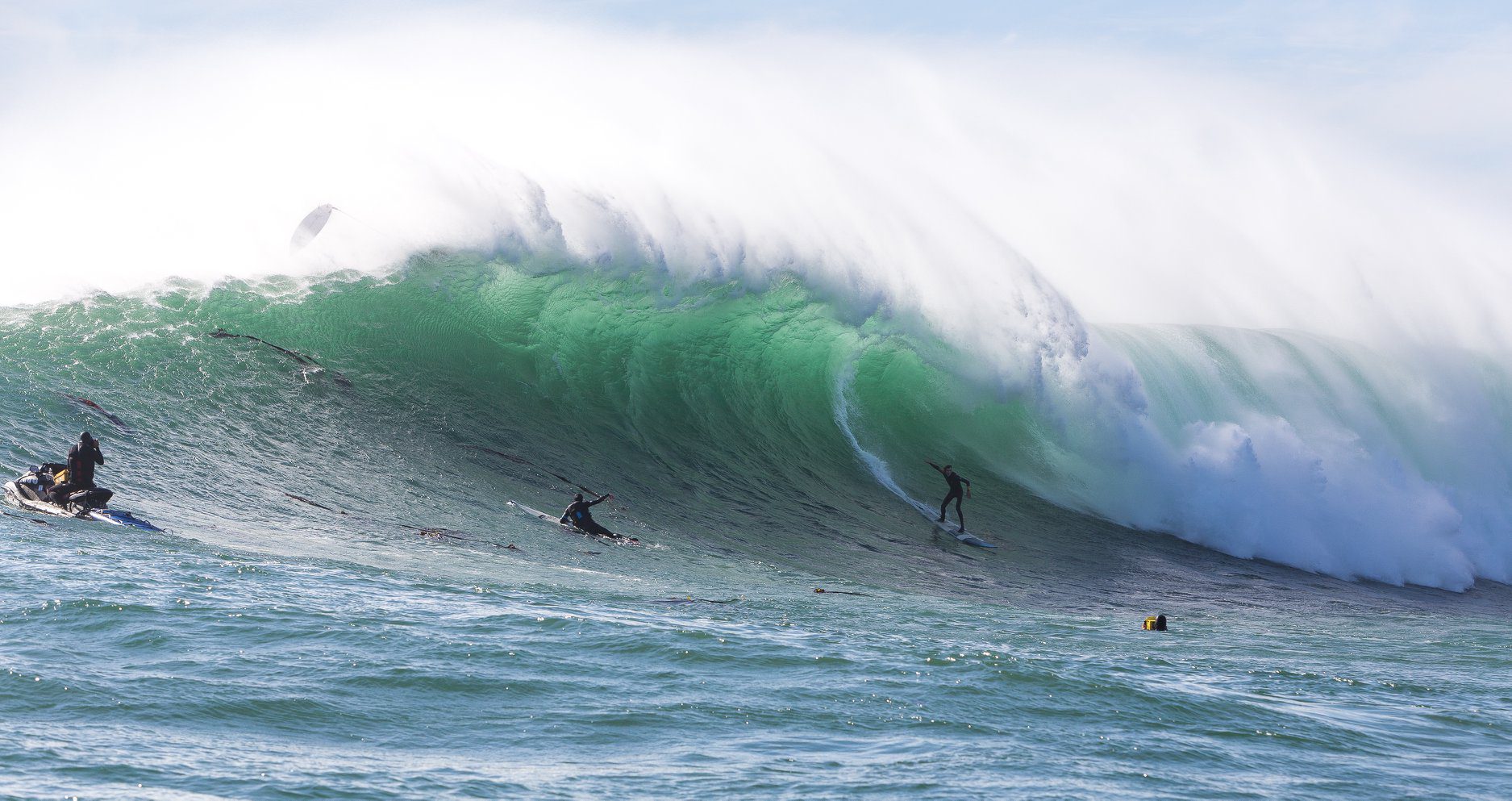 Arthur Neumeier, co-founder of Eyeforce, takes us inside the world of underwater cinematography and lifts the lid on how to shoot action sports from the water.

It takes a good dose of nerve to position yourself in front of a wave that is as big as two storey house, especially if you are holding a 40,000 Euro camera, but I would say that knowledge of waves, currents and wind is what makes me comfortable being there.

“Taking sets of waves straight on the head I only had a second or two here and there to take a breath.”

With underwater cinematography, every place and day is different. You’re interacting with the natural world around you, leaving the mundane behind. The ocean is constantly changing, so you have to be ready for anything. You could almost say it’s a sport in itself, where acting instinctively and keeping your mind clear is part of the game. 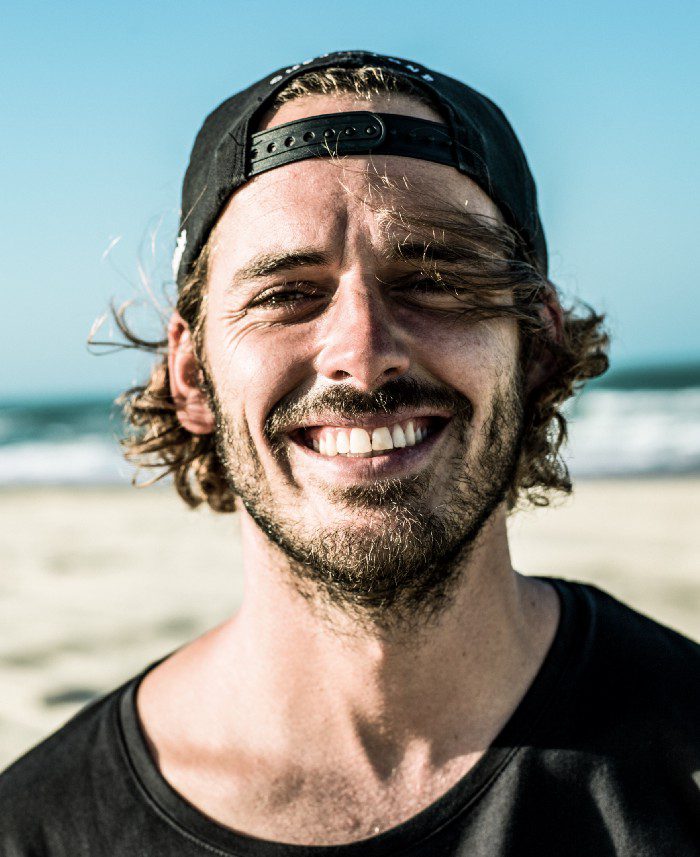 Some locations are difficult to access while others require timing, especially sketchy rock jumps. Then there are shallow water spots were all that’s separating you from a razor-sharp reef is six feet of water.

And then there is the occasional man in the grey suit (sharks). The water around Cape Town, where we have a satellite office, is teaming with them. All of these things keep you on your toes, making you feel so alive.

I was a lanky little 11-year-old when my old man got me up on a windsurfer. Everything about it was completely foreign to me but I was hooked.

Being surrounded by water brought about this euphoria, it was beautiful. From there I progressed to regular standup surfing, but being in Holland I was always left wanting more. Bigger, faster, more hollow waves, was what I was after. Even if I couldn’t surf them just yet I wanted to see them, which inspired my desire to travel.

“With underwater cinematography, you’re right in the action, part of the environment around the athlete.”

When I surf, it’s like being in another world altogether. Constant motion coupled with unbridled calm. I feel that same feeling when in the water shooting, you just don’t get that on land. With underwater cinematography, you’re right in the action, part of the environment around the athlete.

You’re constantly moving; swimming around trying to place yourself in the perfect spot to be in the right place at the right time. You have got to be so focussed or you’ll miss the shot. You’ve also got to know the ocean and be able to foresee certain situations where you could get yourself hurt. 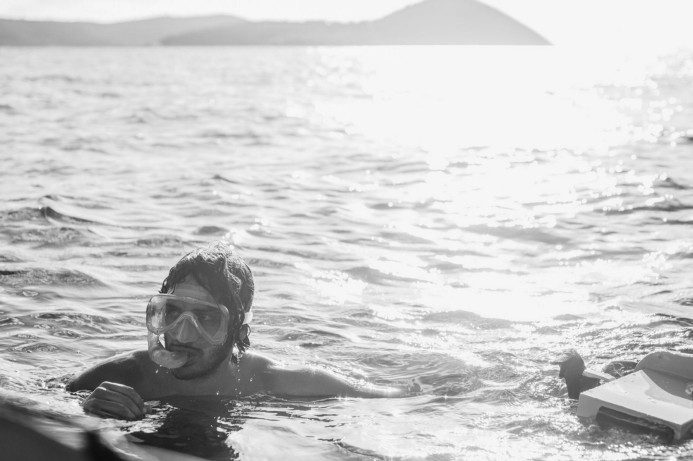 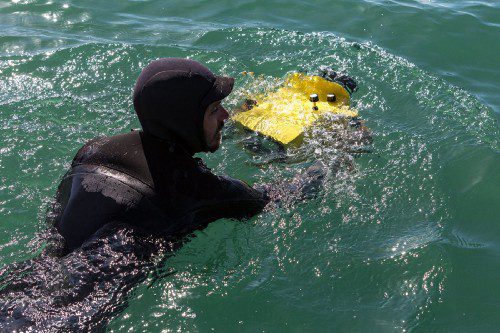 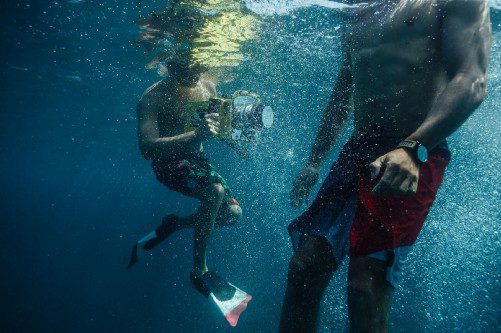 Experience is everything; a lesson I learned while attempting to shoot some surfers out at Lakey Peak, Indonesia. The wave was really heavy and hollow, breaking on a reef some 500m offshore. After recording one wave, I got caught in the impact zone. The current pulled me toward the reef.

Taking sets of waves straight on the head I only had a second or two here and there to take a breath. I was starting to fatigue and wasn’t able to swim out through all the white water. At one point I thought I was going to drown — that’s a really scary place to be in your own mind.

“The ocean is constantly changing, so you have to be ready for anything.”

Eventually, I was washed on to some shallow reef completely exhausted, but alive. All that time, the camera kept on rolling and captured all the action… well if you call turbulent water and a worried face action.

Here at Eyeforce, we’ve almost carved out a niche, in that we shoot a lot of water-based action sports affording us the opportunity to produce some cool projects that revolve around the ocean. That initial sense of pure stoke is still as strong today as it was when I was 11. I am truly grateful for every day that I get to work in these beautiful natural environments and it’s something I can highly recommend. 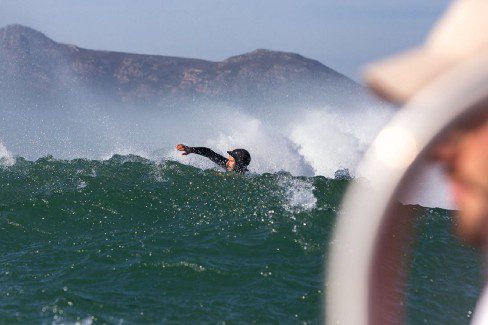 Before you get in the water, here are my top five tips for underwater cinematography:

1. Think of your backgrounds and the direction of the sun. Some spots don’t in the morning, but are great during sunset.
2. Make sure to double check your gear and that everything is sealed properly — and keep on checking during the shoot.
3. Know where to get in and out.
4. Start down the line and slowly swim up, so you get to see where the best action is happening.
5. Be like water 🙂

Want to know more about underwater cinematography, reach out to Eyeforce.